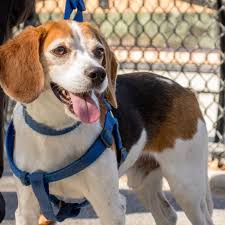 New York City’s Department of Housing Preservation and Development will soon bid a fond farewell to two of its most trusted and stalwart employees. Nemo and Mickey, two miniature beagles working the bed bug beat on the department’s code enforcement team will soon be headed for retirement. The pair of champion sniffers has been hunting down bed bugs throughout the city since they were puppies. But the time has finally come for them to hand in their IDs and retire to a life of ease.

A Lifetime in Service

Nemo and Mickey have spent a lifetime in service, working as bed bug sniffer dogs since they were both puppies. But time doesn’t stand still, even for these two tireless employees, and their veterinarian feels they have only a year or two working years left. That means the time has come for the NYC Department of Housing Preservation and Development to start looking for suitable replacements for Nemo and Mickey.

The dogs joined HPD in November of 2011. Each dog works separately from the other, teaming up with a rotating staff of handlers. David Trevino, who has worked closely with both Nemo and Mickey over the years, is quick to boast about their work ethic. “They are smart dogs,” says Trevino. “They’ve been doing this so long, you know. We do training every year but it’s already in their blood.”

A Retirement Home with HPD

When Mickey and Nemo finally do retire they’ll spend their golden years close to the home they’ve known for more than a decade. HPD spokesperson Matthew Creegen says, “As of now, HPD plans to retain ownership of both dogs.” The pup’s current home, Bath and Biscuits, will become their retirement home after they leave the HPD force.

Bed bug sniffer dogs are highly trained service animals. They can track bed bugs to the most remote and discreet hiding places, alerting their handlers to the presence of bed bugs in a variety of complex environments. Their accuracy has been favorably compared to that of bomb sniffing dogs, and they have become one of the most effective aids in the location and elimination of bed bug infestations.