For more than half a century the United States, and most of the developed world, has been largely free of bed bugs. Generations have grown up without having any real experience with these blood sucking parasites. It’s been so long since bed bugs were a national concern that children raised in the US could be forgiven for thinking that bed bugs were little more than characters in an old-timey rhyme. Unfortunately, over the last decade or so bed bugs have made an alarming and full-throttled return to our shores, and they are once again invading homes and businesses throughout the country.

So why are these parasites making such a major comeback now? And what has led to the rise of bed bug populations across the country? To answer those questions we have to go back to a time when bed bugs were an all too common problem for Americans.

Bed bugs most likely came to the Americas with the first settlers, accompanying our ancestors as their ships made the perilous journey from Europe. As the country grew so did the bed bug population, and these pests kept up with our forefathers as they spread across the plains. At the height of the industrial revolution bed bugs followed us into the cities, finding the perfect environment to breed and multiply.

The early part of the 20th century saw the height of America’s bed bug epidemic. It seemed like these little blood suckers were everywhere – in homes, hotels, hospitals and office blocks. As Americans struggled through the great depression, and soldiered on throughout two world wars, the bed bug remained a constant and unwanted companion.

Eradicating Bed Bugs Once and For All?

Of course, bed bugs and other pests weren’t just a problem in the United States. Europe was struggling with its own epidemics, and scientists on both sides of the Atlantic were searching for a solution to the ongoing problem of bed bugs and other insect infestations. Then, in 1939, Paul Hermann (a Swiss chemist) discovered DDT (Dichlorodiphenyltrichloroethane), a powerful insecticide.

DDT proved to be especially effective at killing insects, and it became the go to pesticide in the years to follow. It looked, at first blush, to be the solution to the world’s growing pest problem. A solution to the bed bug epidemic was at hand. Or so we all thought. 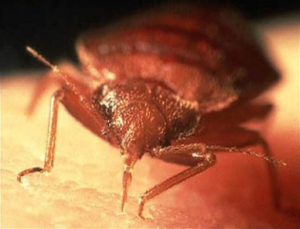 A Growing Concern Over Pesticides

The introduction of DDT was heralded as a great success for science. DDT began to be used all over the world to combat a wide variety of insect pests. Over the next few decades bed bugs, and other unwanted pests, were brought under control. It seemed we had the problem licked. But, as is often the case, the world’s optimism was misplaced. For no one had fully reckoned with the possible side effects of such a powerful insecticide.

In the 1970s the use of DDT was linked to a number of human disorders including autism, polio and several forms of cancer. It was also determined to be harmful to the environment, with the chemical being linked to the drop in population for a number of native American species such as the bald eagle. Ultimately, DDT was banned in the US by the FDA and the EPA. Scientists would need to search for a greener, yet equally effective, insecticide. Meanwhile, the bed bugs were just waiting to make an unwelcome return.

The Return of the Bed Bug

With the elimination of DDT from the world’s pest fighting arsenal bed bugs were poised for a strong come back. New pesticides introduced to the market were fairly effective, and soon replaced the widespread use of DDT. At least in the majority of Western countries. Unfortunately, over time bed bugs had been building up a resistance to the powerful effects of DDT, and that resistance made them stronger and better able to resist the effects of the newer, more Eco friendly, insecticides. These stronger, more resilient, bed bugs were perfectly poised to make their comeback, and as the 20th century rolled into the 21st reports of bed bugs were on the increase in cities across the country.

The return of the bed bug was also fueled by other factors, most notably the rise of foreign travel. In the early parts of the 20th century few Americans were world travelers. But following World War II, and with the rise of the American middle class, more and more people were traveling abroad. Many of their far flung destinations were countries that had not dealt with their bed bug problems as effectively as the United States, and when these world travelers returned home they often brought a few pesky blood suckers with them. The influx of new bed bugs, mixing with a domestic strain that had grown resistant to many insecticides, was the perfect storm that paved the way for a potential bed bug epidemic.

Eliminating Bed Bugs Once and For All

Bed bugs may have made an unwelcome return to our communities, but that doesn’t mean we have to put up with them infesting our homes and public spaces. The most effective tool in eliminating bed bugs once and for all is early detection. Learn how to spot the tell-tale signs of a bed bug colony in your home or office. Should you suspect the presence of bed bugs contact a professional bed bug inspector and pest control service.

If your worse fears are confirmed the next step is to work closely with your inspector to devise a plan of attack. Your pest control expert will work with you to schedule a timely treatment of your property to eliminate the existing bed bug infestation. They will also provide tips on how you can prevent the potential return of bed bugs in the future. Remember, it pays to be proactive when it comes to the safety and comfort of you and your family. An ounce of prevention is worth a pound of cure, and acting earlier rather than later can save you from a potential nightmare invasion of these blood sucking parasites.